Last week, singer Macky2 announced his retirement from active music. His management together with a prominent events manager teamed up to organise a farewell concert that shall see the singer entertain his fans for what would be his last performance in Lusaka next month.

What we know is, arrangements are on-going, with posters / flyers already in circulation. Immediately the flyers were posted on social media, struggling politician "Sean Tembo" who is also the party president for Patriots for Economic Progress, took to social media blasting all Zambian musicians who have not been invited at Macky2's farewell concert.

In one of his posts, Sean Tembo said "Macky2 and everyone on his poster, is the only group which gives good music in Zambia. Baja benango nima forcing matters". Sean Tembo's statements have caused mixed reactions amongst music fans and artists - Afunika in particular.

In his defence, the self proclaimed King of Kalindula - Afunika, also took to social media and threw shots to Sean Tembo. Below is Afunika's response to the man who wishes to be the next president. 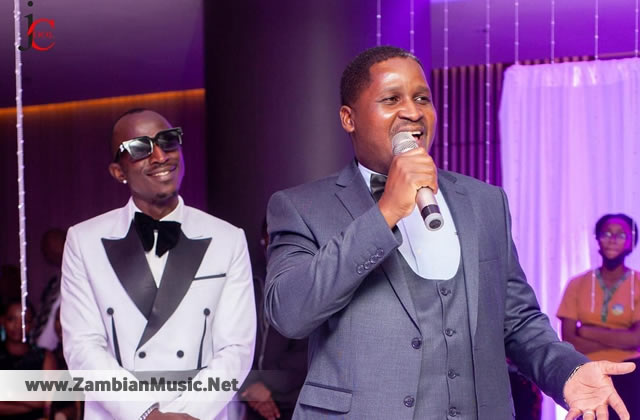 "No Disrespect But Please Allow Me To Speak For Others. Sir I Have A Very Good Relationship With You But When I See Something Wrong I Will Stand Up And Speak For Others. Sir I would Like To Remind You Of A Certain Politician Who Disrespected Musicians By Calling Them MOSITIONS..... Am sure The Story Is Well Known Sir But Maybe You Didn't Understand How Artists And Musicians Where Upset Over That Statement (Mosition)", said Afunika.

Afunika went further to say "One Of The Problems Which We Face As Youths In Zambia Is Employment. I Will Give Myself As An Example, Sir Am Coming From A Family Were Life Was Very Very Hard, For Me Music Was My Next Option In Life. It Wasn't Easy To Gain My Popularity And I Truly Thank God For Who I Am Today Because I Managed To Employ Myself In Faith And By Believing In Myself. The Struggle Of Making A Name Or Becoming Popular Is Not By Looking Down On Others Or By Choosing A certain Group Of People. Remember You Are Also In The Same Shoes Of An Artist Who's Music Is Not GOOD Now Because You Are Also Fighting for A Bigger POPULATION TO GET YOU INTO The OFFICE".

"Have You Forgotten That Youths Have The Power To Make A Change? When You Are A Leader Be An Example By Always Doing Right Things. Gaining Popularity Is Not By Hurting Others, Am Speaking For Others Because You Don't Know What It Takes To Be A Good Musician. There's An Up Coming Somewhere Somehow Looking Up To You As A Leader To Install Positive Vibes In Him/Her", Afunika added.