As Zambia prepares to go to the polls on 12th August 2021, the country has witnessed an increase in acts of violence, human rights abuse and above all, poverty levels have gone up.

While the incumbets are enjoying everything to themselves, the opposition seems to be mistreated by those in and with power - says a Human Rights Watch report of last month.

As a result, many human rights activists and NGOs have come up to sensitize people on how to be peaceful before and after this year's general elections, among them is ragga / dancehall musician - B Flow.

B Flow has penned an open letter to Zambia's biggest political rivals, and below it reads.

I come in peace.

Allow me to start by congratulating both of you for working so hard to become the two biggest political leaders in our country.

No one can dispute the fact that you both have a massive following across the nation. Many people follow you and most of the times, your followers take whatever you say as gospel truth.

Therefore, allow me to remind you that by virtue of you being the two most followed politicians in Zambia, you have a great responsibility of preaching peace and coexistence among all citizens.

The Bible in Luke 12:48 says, "To whom much is given, much is expected.". You have been given leadership in your parties, now we expect you to champion peace among your followers.

As polling day draws nigh, some of your supporters are getting more and more anxious. Suffice to say, some of them are becoming impatient as they can't wait to see who between the two of you will emerge triumphant in the 12th August, 2021 elections.

We also know that both of you want to win this election but I will be quick to say your victory should not be tantamount to loss of lives. It should never take bloodshed for one of you to ascend to the highest office in the land.

The two of you have the power to end the bloodshed that we are currently witnessing in some parts of the country amidst your campaigns. No citizen deserves to die in the process of supporting your political ambitions and aspirations of presiding over our great nation.

We know that you can never allow or encourage your biological children to be used by anyone as tools for political violence. Similarly, you can enable other parents to feel the joy that you feel whenever you look at your lovely children who are not participating in the use of the weapons which some of your party cadres are using to harm other citizens.

Remember we are all your children, Zambians are looking for leaders who will not only improve the economy but also help to maintain the good record of peace which the country has held for many years.

It is therefore up to the two of you to tame your cadres who are on record of perpetuating violence in some of your strongholds. In the spirit of one Zambia one nation, I pray for the day the two of you will come together to demonstrate to your supporters that elections are about competing on the basis of ideas and not about fighting.

We have read some of your statements on your social media pages, but I believe you can do more than that to safeguard peace. Your message should not be limited to a few posts on Facebook. It must be backed by action such as condemning and disciplining unruly cadres who perpetrate violence during your campaigns.

Kindly go out there and use all available channels and platforms to spread the message of peace. Remember that whenever your cadres fight, your names and leadership styles automatically become the subject of discussion in the nation. 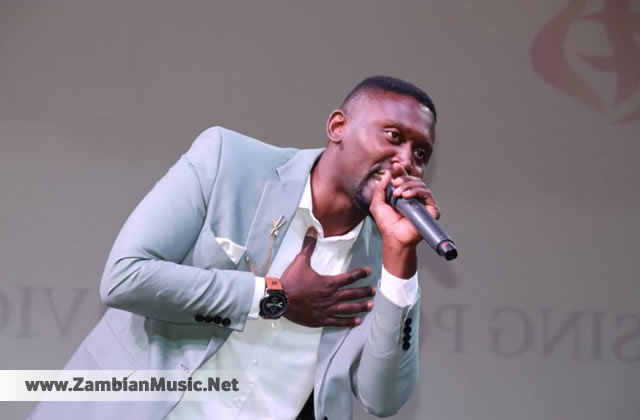 Through this open letter, I would like to publicly challenge the Electoral Commission of Zambia (ECZ) to facilitate a process that will bring together Dr ECL and Mr HH to sign a social contract with the Zambian people in which the two leaders of the two biggest political parties will commit to condemning the increasing political violence among their supporters.

ECZ can organise a special meeting where Dr Lungu and Mr Hichilema can be allocated a special moment to shake hands and make a shared speech live on national TV. During that moment, the two leaders can announce to their supporters their commitment to a free, fair and peaceful election.

I know my proposition may appear too ambitious as it is up to ECZ and the two leaders to accept or decline this call, but after all is said and done, we shall know the quality of the leaders who are aspiring for the presidency by the commitments they make and the actions they take.

Allow me to use this opportunity to urge my fellow citizens, especially the youth, to desist from using violence as a means to the attainment of victory for your preferred candidates in the 2021 elections.

While you are exchanging ama kofi, the politicians are enjoying ama coffee. We must remember that politicians come and go but Zambia is for us all. We only have one Zambia.

It is the only one we have. There is no need to harm one another in the name of supporting our favourite political parties and leaders. ECL and HH have never put up a physical fight or boxing match, so why should we?

May the man with the best ideologies and ideas of developing Zambia carry the day on August 12 2021.

Listen to B Flow's latest song