Just days before his new album drops, Zambia’s multi talented dancehall artist – Jay Rox has finally whispered the complete tracklist for his upcoming album - SCAR, and there’s one name that few could have anticipated would be featured.

Jay Rox took to social media to share what could be the front of his new CD cover artwork to spread the good news.

The new set is longer than many of his previous efforts, featuring 24 songs, though not all of them are singles. The 24 track album features local and foreign musicians.

Jay Rox’s fans who have been craving for the singer’s new cuts are sure to still be thrilled with this latest studio effort, as it does feature more than 9 never-before-heard songs.

This album is expected to be on market on 1st March 2020, so make sure you buy the full album immediately it is released.

LAST week, Jay Rox released visuals for one of the songs off this album. The song is titled Green Lights – and features Slapdee. 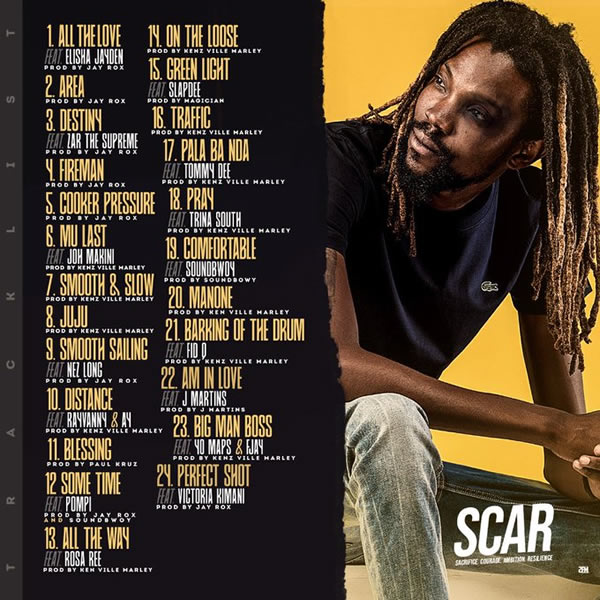