On Saturday, Manchester City extended their record for successive Premier League victories to 16, as Crystal Palace and West Ham's revivals continued on Saturday.

Manchester City came through 4-1 against Tottenham to extend their lead at the top of the table to 14 points. Ilkay Gundogan opened the scoring with the only goal of the first half, while Kevin de Bruyne powered home a fierce shot.

Arsene Wenger admitted it was edgy at the end of their win over Newcastle but says the necessity to win was playing on their minds.

Arsene Wenger praised Mesut Ozil following his match-winning volley against Newcastle and said he is "confident" the Germany international will sign a new deal at Arsenal.

The 29-year-old struck a perfectly-hit effort to seal an uncomfortable 1-0 victory for the Gunners, who laboured to a first Premier League win in their last four outings.

Wenger, whose side had drawn with Southampton and West Ham following their home defeat to Manchester United, said on Friday his players were still suffering from the after effects of that United loss.

Carlo Ancelotti will return to Stamford Bridge and be appointed Chelsea's new manager before the start of next season.

Batshuayi, 24, hopes to leave Chelsea on loan next month to ease fears over losing his place in Belgium's World Cup squad.

Armenia midfielder Henrikh Mkhitaryan, 28, was dropped by Manchester United boss Jose Mourinho after a row between the two men during a video analysis session at the club's training ground last month.

Manchester United boss Mourinho is open to making signings next month, despite not being a fan of the January window.

Arsenal will hold contract talks with 25-year-old midfielder Jack Wilshere before the end of the month.

The Gunners could lose eight players next summer as boss Arsene Wenger braces himself for his biggest-ever squad shake-up.

Liverpool and Tottenham have been warned 20-year-old Fiorentina winger Federico Chiesa will cost them at least £53m.

West Brom will look to sign defender Ahmed Hegazi, 26, on a permanent deal when the transfer window opens.

Liverpool midfielder Marko Grujic, 21, is wanted by Brighton and Aston Villa on loan in January.

Newcastle boss Rafael Benitez has been given the go-ahead to identify January transfer targets despite the ongoing uncertainty over the club's ownership.

Aston Villa manager Steve Bruce has ruled out a January move for Bournemouth striker Lewis Grabban, 29, who is currently on loan at Sunderland.

West Ham could sell Domingos Quina, 18, and Liverpool are strong contenders to sign the Portugal Under-20 international.

Guardiola says Manchester City right-back Kyle Walker, 27, is "one of the best in the world" in his position at the moment but is aiming to make the England international even better.

Crystal Palace are thinking of selling the naming rights to Selhurst Park to help fund a £100m renovation of their stadium.

Newcastle United's players have cancelled their Christmas Party because of the side's poor run of form.

Tottenham midfielder Mousa Dembele has found £1m of lost treasure in the cellar of a 700-year-old building in Antwerp.

Manchester United have made an enquiry about 29-year-old Chelsea and Brazil midfielder Willian.

United boss Jose Mourinho is also ready to offload 28-year-old Armenia midfielder Henrikh Mkhitaryan in the summer and wants to sign Arsenal and Germany playmaker Mesut Ozil, 29, as his replacement.

Chelsea could use Belgium striker Michy Batshuayi, 24, as part of a deal with Monaco for 22-year-old France winger Thomas Lemar, who is also a target for Liverpool and Arsenal. 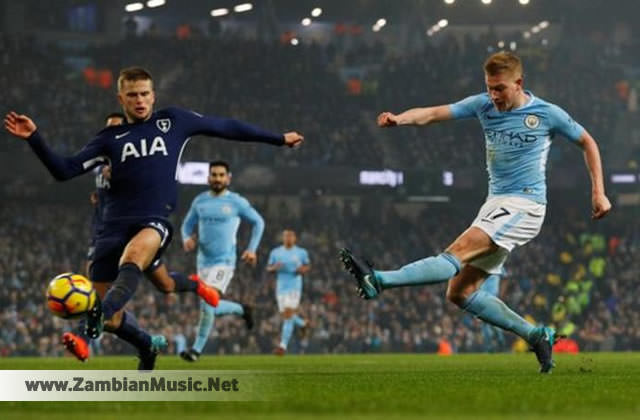 The Football Association of Zambia has appointed respected English soccer administrator David Dein as a consultant to spearhead the restructuring of the league.

A committee headed by FAZ vice-president Rix Mweemba and deputised by Ndola lawyer Kephas Katongo will work with Dein, a former Arsenal vice-chairman.

Dein has served various roles in football which include president of the G-14 group of European football clubs. The Englishman has also served on various committees within FIFA and UEFA including UEFA’s Club Competition Committee and Executive Committee.

Dein was once shareholder in Arsenal F.C but sold his stake in 2007. His last high profile role was that of International President of England’s failed 2018 World Cup bid.

Veteran sports administrator Simataa Simataa has been appointed secretary of the working group. According to a circular to all FAZ affiliates dated December 13 and is signed by general secretary Ponga Liwewe, there will be three ordinary members of the group.

These include John Chiwele, Brian Mulenga and Joseph Chipampe. FAZ has also constituted the Ethics and Audit and Compliance Committees.

The Ethics Committee will be chaired by Ndola lawyer Kephas Katongo with Freddie Chalenga and Kizzy Moonga as members. In the Audit and Compliance Committee Emmanuel Mambiko will be chairperson while John Nkonjera and Rueben Kamanga are members.