It is normal to doze, unless you don’t work hard, says Lusaka mayor Wilson Kalumba.

Commenting on a recent picture of him dozing that has since gone viral, Kalumba has told ZambianMusic.net that, he was very tired and the heat took a toll on him and that’s why he slumbered.

Mayor Wilson Kalumba, however, clarified that he was not in his office and on duty when the picture below was taken but at a Zambia Army function last month.

I am not suffering from sleeping sickness as many Zambians had stated, Noooo !!! and by the way, “Dozing is normal, said Wilson Kalumba. I was tired and this was during the Zambia Army change of colours some two weeks ago.

"Dozing, you don’t decide, you just get caught into it. That was not in my office. If you have been to my office, my chair is brown and not black and then there are things behind my chair.” 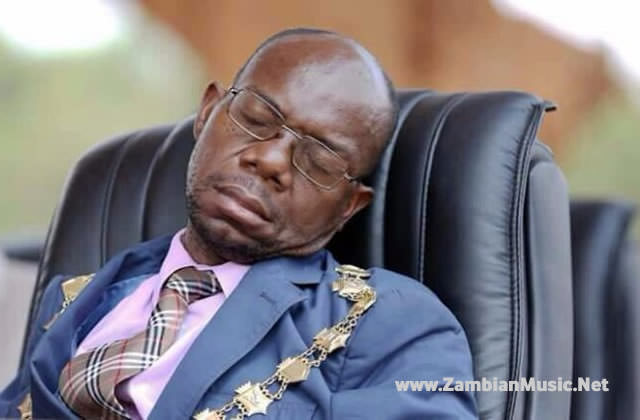 He also said he was not the only one who was caught napping at an event. “How many people doze in this country? Even Edgar Lungu was caught on cameras dozing at the AU summit, so why not me he he he, he laughed.

Mayor Wilson Kalumba also warned Zambians to stop posting their photos with hashtag #LusakaMayorChallenge before he asks the police to take action.